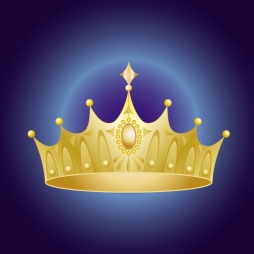 With the birth of another child to the British Royal Kingdom recently, and a Royal Wedding set for Saturday, it seemed a good time to revisit this blog.  Celebrate your own Royal Heritage in the Kingdom of God.

The British Royal Family is in the news these days due to the birth of a child, an heir to the throne.  Many announcements have been made now that this little one has arrived safely in the world.  A crier reads a proclamation in the streets, news media deliver video, and social media offers comments.  An announcement of the birth of a new royal child is the cause of much celebration in the British kingdom, and the world watches.

Americans vary in how much attention they give to announcements about the British Royals.  We may respond with curiosity, disdain, indifference, or shared joy. But Americans, including myself, probably don’t have an understanding of living in a kingdom ruled by a benevolent king or queen.  And while British royalty is more traditional than authoritative these days, the idea of a kingdom is vastly removed from American traditions of democracy and independence.  Americans are bred to independence.  And I sometimes wonder if that limits us, as Christians, when we come to the place where we are trying to grasp the concept of the Kingdom of God.

Matthew 6:33 is a verse that many Christians like to quote, mostly because of the second part, I expect—“and all these things will be added unto you.”  But do we understand the first part—“seek ye first the kingdom of God”—the conditions?  What does it mean to seek the kingdom of God? What is a kingdom, anyway?

Dictionary.com defines a kingdom as “a state or government having a king or queen as its head.”  What does that mean for us?  Luke 17:21 says that the kingdom of God is within you [in your hearts]. In the spiritual sense, the “state” having the King as head is the “state” of our being or our lives.  Seeking the kingdom requires understanding what living in a kingdom means.

Living in a kingdom involves

These are the few ideas that occurred to me as the conditions of seeking; perhaps you can add others.

But what things are added when we seek? What are the benefits of living in the kingdom?

What are the benefits to living close to the King and serving Him as your primary duty (another example of seeking)?

What about those who live in the Kingdom but outside the continued presence of the King?

Seeking first the Kingdom of God is putting Jesus first in everything.  That may sound difficult.  It is impossible to do it on our own; however, our King has provided for even that.  He has sent us the Holy Spirit to be our Guide.  The Holy Spirit helps us to obey the King’s commands.  And when we do fail, the Father forgives us when we ask because of King Jesus and His sacrifice.

The truth is, we are Royal Children, heirs of the Kingdom of God.  Our spiritual births were celebrated with as much joy in the Kingdom of God, and our continued spiritual growth and maturity is as important to God as the physical birth, growth, and maturity of the new heir is to the British Royals.  But to claim all the benefits of our Royal Heritage, we must seek to live in service to the King.  Every day we must await His pleasure.

If you are a Royal Child of the Kingdom, all this talk of royals may affect you as it has me.  I want to reaffirm my allegiance to the King of Kings.  If you are not a Royal Child, you can be through spiritual rebirth.  Ask the Father to forgive you because of the blood sacrifice of King Jesus, and pledge your allegiance to His Kingdom first and foremost.  An announcement of the birth of a new Royal Child is the cause of much celebration in the Kingdom of God. And serving Him will bring the blessings and benefits of His Kingdom.